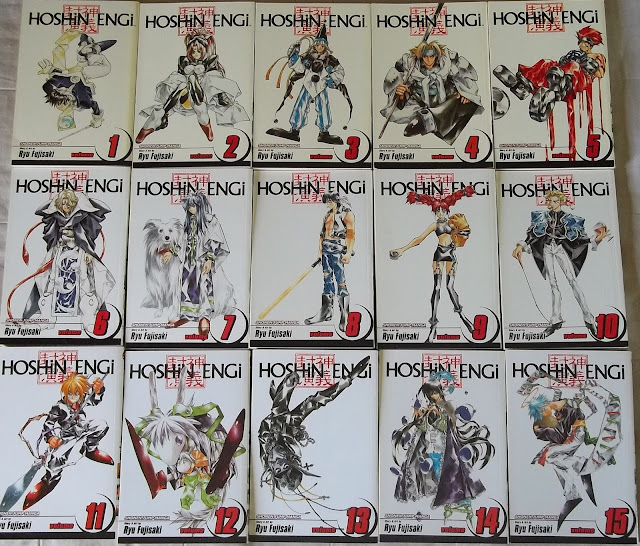 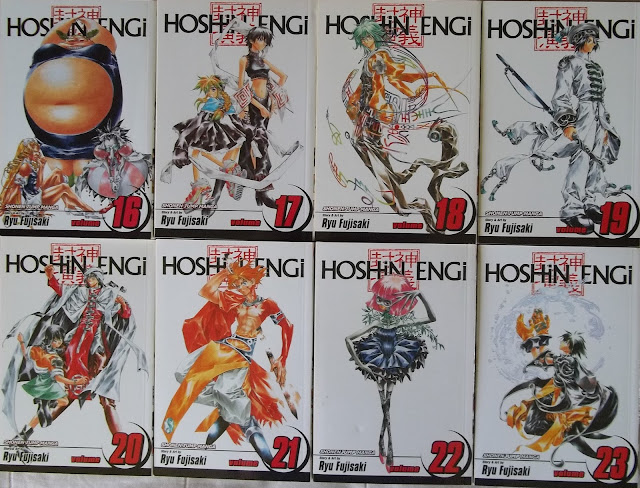 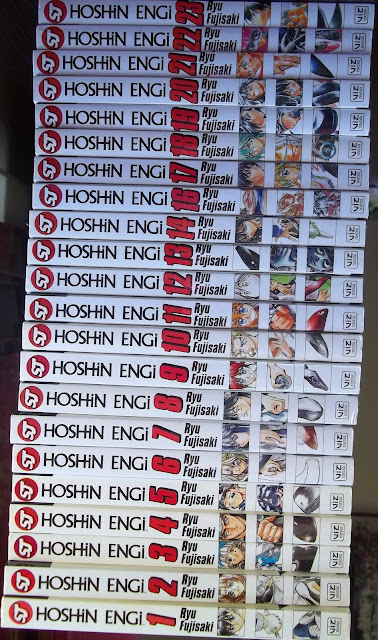 The goal of the Hoshin Project, as explained by Genshitenson, is to trap Dakki and her minions in a 'middle' world between the Sennin World and the Human world, renamed 'Shin' (神?) (Deity or Gods) World, named 'Shinkai', Realm of the Gods. Taikobo's mission is to hunt down the 365 people whose names were written on the Hoshin Scroll. As Taikobo defeats and seals off each of the 365 people on the scroll, their souls are instantly transported to the Hoshindai (a floating island made to trap souls) and sealed there until all the 365 souls are gathered.

At first, Taikobo refused to take up such a troublesome mission, but when threatened with expulsion from Konron, he quickly relented. After that, he was given a Pao-pei (宝貝?), Whip of the Gods (打神鞭 Dashinben?) (in Chinese literally "Gods-Hitting Whip"), as his weapon along with Supushan.

Upon leaving Konron, Taikobou and Supushan immediately met up with the first person listed on the Houshin Scroll, the all-powerful Shinkouhyou (申公豹) and his Riding Beast - Kokutenko (黒点虎). After a short battle between the two Doushi (道師?), in which Taikoubou was easily defeated, Taikoubou suspected that the order of the Houshin Scroll is sorted according to strength (Shinkouhyou being the first on the list) and decides to avoid fighting him. Aiming for the core of the whole problem, he enters the capital, Chouka and defeating one of Dakki's sisters, Ou Kijin (who reverted to her original form, a stone lute), he used her to enter the service of the emperor in order to spot Dakki's weakness. Furious with her sister's plight, Dakki contrives a plan to reclaim her sister. Taikoubou, overwhelmed by her guile, was defeated and was about to be thrown into the taibon (a pit full of poisonous snakes) along with some of the Kyou clan, when during a commotion caused by them, Buuseiou Ko Hiko saved him. It was then that he came to a realization that there was no way he could take on Dakki and her followers, on his own. That's why he set off searching for strong fighters to join him on his quest to rid the world of Dakki. Taikoubou soon met up and joined forces with Nataku (哪吒), Raishinshi (雷震子), Kou-Tenka (黄天化) and Youzen (楊戩).

As the series progresses, Taikobo slowly realises that there is no hope in disrupting Dakki's strangle hold on the Yin Dynasty or her influence over Chuuou. As such, he abandoned the kingdom and requested that Ki Shō (姫昌) form a new Monarchy to rival the Yin, renamed the Shū Dynasty (周) with their new emperor - Bu-ou (武王), who is the second son of Ki Hatsu who had died due to self-starvation caused by Dakki serving him his son as a hamburger during his capture. Taikoubou then became the military advisor to Zhou, helping the Western Army conquer the lands once owned by Yin.

Bunchū (聞仲), the senior advisor to the emperor Chū-ou in the country of Yin and also a pao-pei user, sees Taikoubou as an obstacle and sends out some of his best Doushi companions to attack Taikoubou and company. The ensuing fights between the two groups eventually lead to the involvement of almost all members of the 2 Sennin Worlds - Konron (where Taikoubou originates) and Kingou-tou (金鰲島?) (where Bunchuu learnt his arts). At the climax of the Sennin war, both worlds were completely destroyed with hundreds of souls sealed into the Houshin Dai. And though Bunchuu was eventually defeated, Taikoubou lost many friends and his home in the process.

Eventually, after Taikoubou and the Zhou army successfully defeated Chuuou and officially declared the fall of the Yin Dynasty, Taikoubou and company decided to leave the Human world and return to what's left of the Sennin world. It is then revealed to him that there is possibly a third Sennin World, one that belongs to Dakki, and is probably where she and the last of her minions fled to when the Yin country was finally conquered.

Genshitenson also reveals to Taikoubou that the real goal of Houshin Project isn't just about defeating Dakki, it is about defeating the eternal being supporting Dakki throughout all her chaos years - Jyoka (女媧), one of the ancients.

The ultimate enemy of Houshin Engi - Jyoka is a "Jui Que", one of 5 'aliens' which landed on the Earth, millions of years ago. Jyoka had a dream to recreate her home world on Earth (which had self-destructed some time ago), but the other aliens disagreed and enclosed her in a glass cage. Later, she was able to move about in her "soul" form and direct the trend of history to her liking. This is when she met up with Dakki, and the two started working together to make Jyoka's dream come true. Each time history diverted from what Jyoka wants it to become, she completely destroyed the civilization that existed and started all over again, like a child moulding a perfect sand castle. No one really knows how many civilisations Jyoka had destroyed throughout time in her pursuit to perfectly replicate her old home, but when asked why she's trying to do this, Jyoka simply states that she would like to know what would have happened if her home planet had not made those simple mistakes that led to its own destruction.

After hearing the ultimate truth, the Sennins retaliated against Jyoka. Soon, she finally decided to destroy Earth once and for all, and find another world in order to replicate her old home. The battles raged for a while before the deceased Taikoubou (who had 'died' recently) reappeared in front of his comrades again. This time, it is revealed that he was once one of the "Jui Que" as well, the last of the 5 aliens and was left on this earth for the sole purpose of killing Jyoka once and for all. Using the energy of his friends as well as those souls trapped in the Houshin Dai, Taikoubou (now renamed 'Fukki') was finally able to defeat Jyoka and release the world from her influences.

Just prior to this happening, Dakki somehow managed to take over Jyoka's body for a time and merged with the life energies of the Earth, becoming the mother of all life. After the fight with Jyoka ended, Jyoka selfishly asked Taikoubou to disappear together with her, afraid of being left alone again and since Taikoubou felt that he had done what he had set out to do, complies (also due to severe injuries in the last fight). When he was about to fade away, Dakki came and saved his life, thus reviving him.

In the epilogue, Youzen was made the Headmaster of the new Sennin World, with Choukei (Bunchuu's only disciple) representing the Youkai (demons) and Nentou-doujin (ex-Juunisen, who helped defeat Jyoka) representing the Humans, supporting him. Genshi-tenson manages the ex-Houshindai, which houses all the souls which had been houshined, and dispatches them to the Human World if their help is needed. Since these souls are invisible to the Human eye, they are able to solve matters without being seen. When Supushan and Bukichi went to the Human World to update Buou on the happenings of the Sennin World, they found out that Taikoubou is still alive (he visited Buou before they arrived) and went in search for him but to no avail as Taikoubou seemed keen on avoiding them to the extent of following them behind their backs without them knowing, and somehow prevents the people they meet from revealing his whereabouts.

In the end, Supushan and Bukichi returned to the Sennin World to request Youzen's help. While Taikoubou was lazing around, Shinkouhyou approached him and wanted a duel, but he left saying that it would be boring if his only rival were to perish so quickly by his hand. Taikoubou then disappeared to places unknown... 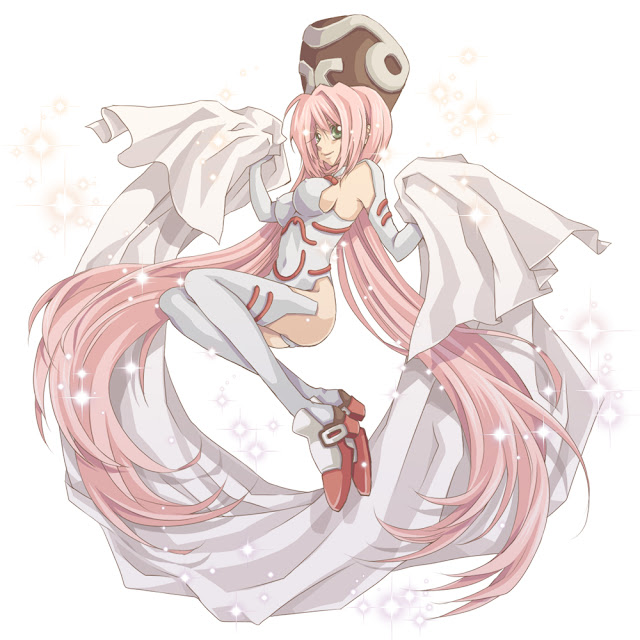