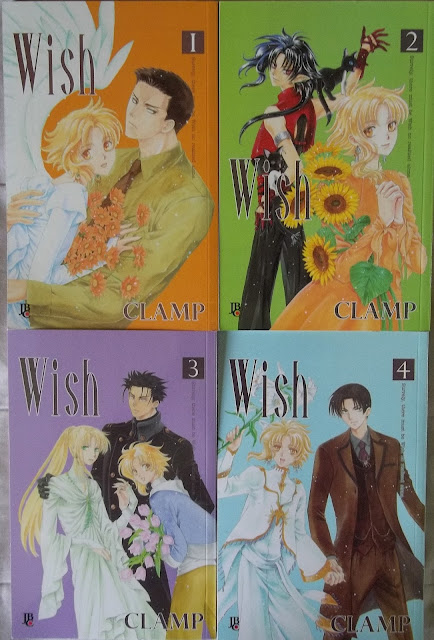 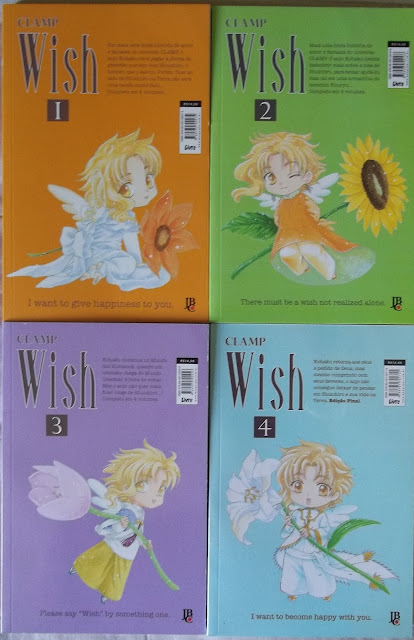 While walking home from work one day, a doctor named Shuichiro notices an angel, Kohaku, stuck on a tree while being attacked by a crow. He rescues Kohaku and, in return, Kohaku offers to grant him a wish. However, Shuichiro does not WANT one. His life is OK, his work is going well, he has no money problems and he believes in fulfilling his own dreams! What can an angel do? Kohaku decides that the best thing to do is hang around and help him till he does think of a wish they can grant.

During their stay, the angel Hisui, and two demons, Koryuu and Kokuyo, also begin living in the house, along with the Koryuu's servants Ruri and Hari. Kokuyo is the son of Satan and is in love with Hisui, who is one of the four Angel Masters controlling the four elements: earth, wind, fire, and water; with wind being her element. Kokuyo admits that he made love to Hisui and that is how they ended up together. This relationship, however, is forbidden in both Heaven and Hell, so the two sought refuge on Earth. Kohaku originally came to Earth to find Hisui, who had been a mentor and parental figure to them. In spite his new housemates, Shuichiro remains as stoic as ever. Although he persists in not making a wish, without realizing it, he grows attached to Kohaku.

Eventually Kohaku is forced back to heaven against their will by God, because they have the important task of hatching the eggs from the Tree of Life by singing to them. However, Kohaku deeply misses Shuichiro and realizes they had developed feelings for him. Likewise, Shuichiro misses them and continues to hold on to one of their earrings to try to prevent them from staying in heaven. Unable to bear the separation, Kohaku returns without God's permission, and the couple is happily reunited. Their reunion is short-lived as the three remaining Angel Masters come to Earth to punish both Kohaku, and Hisui for being in love with a demon. Hisui is stripped of her Angel Master status and is banished from heaven, to her and Kokuyo's delight. Kohaku, in turn, is stripped of her powers and forced to remain in a small form for the next one-hundred years. They are devastated that they could not grant Shuichiro's wish, but as Shuichiro's wish was for Kohaku to stay with him forever, it was one he could not have fulfilled himself.

Shortly afterward, Shuichiro suddenly dies while on a walk with Kohaku. Kohaku is put into a hundred years sleep, so that Shuichiro will have been reincarnated by the time Kohaku awakens. Kokuyo and Hisui are sentenced to look after their sleeping form. One hundred years later, the reincarnation of Shuichiro, now 17, passes by his old house which awakens Kohaku. He has no memory of them, so their relationship starts anew, but he soon remembers her.